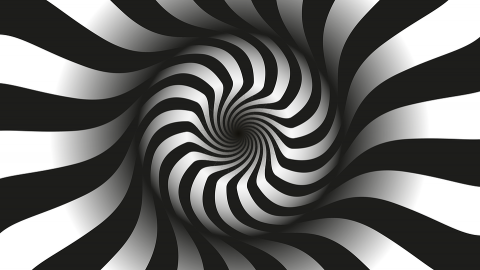 Continue to read if you like to learn about the magic of the ocean waves.

Waves are fascinating - when standing by the coastline, on a bridge or in a boat, looking out over the sea and looking at the never stopping movement. If you let it, it can really hypnotize you by its beauty, greatness and mystery. Not only that it’s changing color is depending on the sky, so a grey rainy day seem even more dark and almost depressing. But the pattern! So mysterious how the pattern can change so much, but anyway seem to be almost the same. Time to destroy the mystery a little - as we are meteorologists and like when things are defined and explainable.

When the coffee is too hot to drink, we instinctively blow at the surface to cool it down. Doing so is changing the calm and still surface of the cup and instead it gets a pattern of small waves. The waves you created remains in your cop a little while after you stopped blowing. This is sort of the basics or at least illustrative basics of wind waves (sometimes called sea) and swell. These are the two main types of waves that we will break down for you here. Something happens when going from the size of a cup to a size of an ocean - and it is not only the size, but also that winds rarely are calm.

Before digging deeper, it will be good if you know what a wave height and a wave period are, since they carry the main feature of all waves.
The wave height can be found if you look at the moving sea surface and then you choose one wave. On this specific wave, you estimate the top and the valley - the difference between these two heights is the wave height.
The wave period is the time in-between two wave tops. If you fix your eyes at one point in the water and then starts counting the seconds when you see the first wave top pass this point until the next wave top appear at the exact same point. The number of seconds you counted will be the wave period.

Starting with the wind waves, and guess what - they are created by the wind. The wind will transfer a small part of the wind energy to the water due to friction between the two fluids – the water and the air and due to an excess in pressure on the windward side of waves compared to the pressure on the leeward side.
The energy will then move as a wave along the surface of the water.
There is a rather specific relationship between wind speed and the resulting wave height, just as if you’re kicking a football with different strength, it will reach different distances. However, this relationship is not always true, as it also depends on the surroundings.
If the water is coastal, the waves may be lower than at the open sea for the same wind speed. This is especially true when the wind direction is from land and the wind fetch (the distance traveled by the wind across open water) therefore is relatively small.
One more thing that always happens with wind waves - they follow the same direction as the wind, as it is the wind that is pushing the waves forward.

Now it’s also time for us to move forward and go into the swell waves - shortly said they are old wind waves. These old wind waves occur due to decreasing winds or a change in wind direction. When wind waves have moved away from the area they were formed, they often change name and become swell waves.
Regardless of reason, the fact is that the wind waves still have momentum even though nothing may still be pushing them. But since wind energy isn’t added to the waves any longer, the waves will slowly die out, but it takes time – and meanwhile they become swell.
This may seem odd - if they are the same, how can you then tell the difference you may ask. Well we taught you about the wave heights and the periods, here they come in extra handy. As the swell wave travel, the wave height will fall, and the wave period will become larger (and will travel faster) – and also the wave length will become larger with time.
Furthermore, you can often tell it by the direction, as it most often doesn’t come from the same direction as the wind.

Back to the hypnotizing ocean - doesn’t it just move too much to see any of these waves. Perhaps, perhaps not. The sea surface is a collection of waves with different heights and periods, and it would take some practice to distinguish wind waves and/or swell waves from the other waves. The easiest way might be to find the swell on a day with calm winds – without disturbing wind waves. Or maybe the other way around, when the sea surface has been calm and the wind then increases – there you only will have wind waves after a little while.